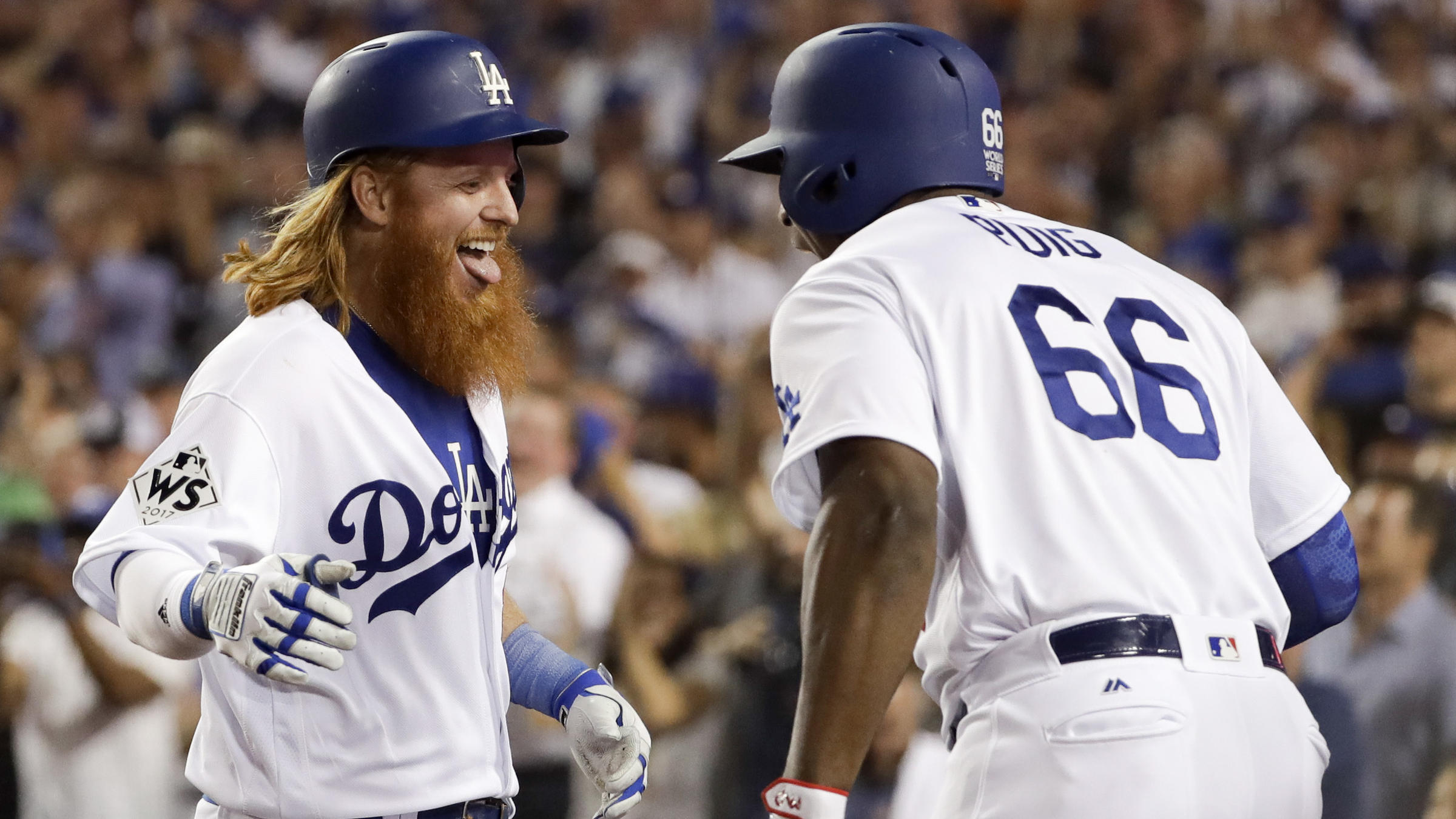 Dodgers Stadium has played host to a Pope and the Kings. The Beatles, the Rolling Stones and the Three Tenors have performed there. So did the Harlem Globetrotters.

But baseballs third-oldest ballpark, which opened in 1962, has never seen Game 7 of a World Series played there. Until today.

By rallying for a 3-1 victory in Game 6 on Tuesday, the Dodgers kept the champagne in the Houston Astros clubhouse corked and assured history would be made Wednesday in their iconic home of 56 seasons.

How often do you get to play in Game 7 of World Series? said Kershaw, who will be available of the Dodger bullpen on two days of rest after starting on Sunday. I cant even fathom winning it.

Dave Roberts said hes been waiting for the opportunity since he first picked up a ball.

Never been a part of a Game 7, the Dodgers manager said. When you're a young kid and you're kind of trying to play through all the heroes and heroics and talking about a Game 7 in the World Series  and here we are.

Dodgers beat Astros 3-1 to force a deciding Game 7 in the World Series
With no room for error in what has already been the winningest season in franchise history for both teams, the Dodgers will give the ball to Yu Darvish while the Astros go with Lance McCullers Jr.

Darvish, whom the team traded for late in the summer for just this kind of situation, lasted less than two innings in Game 3, losing to McCullers, who pitched into the sixth.

Both teams will also have all hands on deck out of the bullpen.

Weve got everyone available tomorrow, Kershaw said. I can go 27 innings. Ill be ready go. Whatever they need.

The Dodgers, facing elimination Tuesday, fell behind early on George Springers solo home run in the third inning, his fourth homer of the Series. That was all the Astros got, though, allowing the Dodgers to chip away at Houston starter Justin Verlander.

The right-hander, unbeaten since joining the Astros in August, was dominant through five innings, but in the sixth he gave up a leadoff single to Austin Barnes, then hit pinch-hitter Chase Utley with a two-strike pitch that skipped into the batters box and struck Utley in the right foot.

A double from Chris Taylor scored Barnes and sent Utley to third, from where he scored on Corey Seagers sacrifice fly.

Dodgers dig deep and unearth the will to survive another day
That would prove to be the winning run, although Joc Pederson added insurance with an opposite-field solo homer off reliever Joe Musgrove in the seventh. The homer was the 24th for both teams, extending what was already a World Series record.

So now the stage is set for Game 7.

Come ready to play, Houston manager A.J. Hinch said when asked what he told his team. This is the biggest stage, the best stage, an opportunity to win the World Series in Game 7.

That was immediately the message when the last out was made.

Dodger Stadium has been the site of eight previous World Series, and two title-clinching games have been played in Chavez Ravine. Both came against the New York Yankees, in 1978, when New York won in six games, and in 1963, when the Dodgers swept.

The Dodgers have also won a Game 7 on the road twice, in 1955 at Yankee Stadium and 10 years later in Minnesota.

Im looking forward to it for sure, Seager said. It comes down to youve got to win a game. Youve got to scratch and just try to get a run. Weve just got to win.

His boss is even more excited.

Game 7, Dodger President Stan Kasten said. Its the greatest thing in sports. And Game 7 for the first time at Dodger Stadium? It literally does not get any better.
administrator is offline
Quote Quick Reply
post #2 of 2 (permalink) Old 02-13-2020, 11:17 PM
johnlernert
Little Leaguer


Join Date: Feb 2020
Location: Canada
Posts: 12
Dodgers Stadium has played host to a Pope and the Kings. The Beatles, the Rolling Stones and the Three Tenors have performed there. So did the Harlem Globetrotters.
johnlernert is offline
Quote Quick Reply